InicioNoticiaCanadian company tried to stop referendum on mine in Guatemala

Canadian company tried to stop referendum on mine in Guatemala 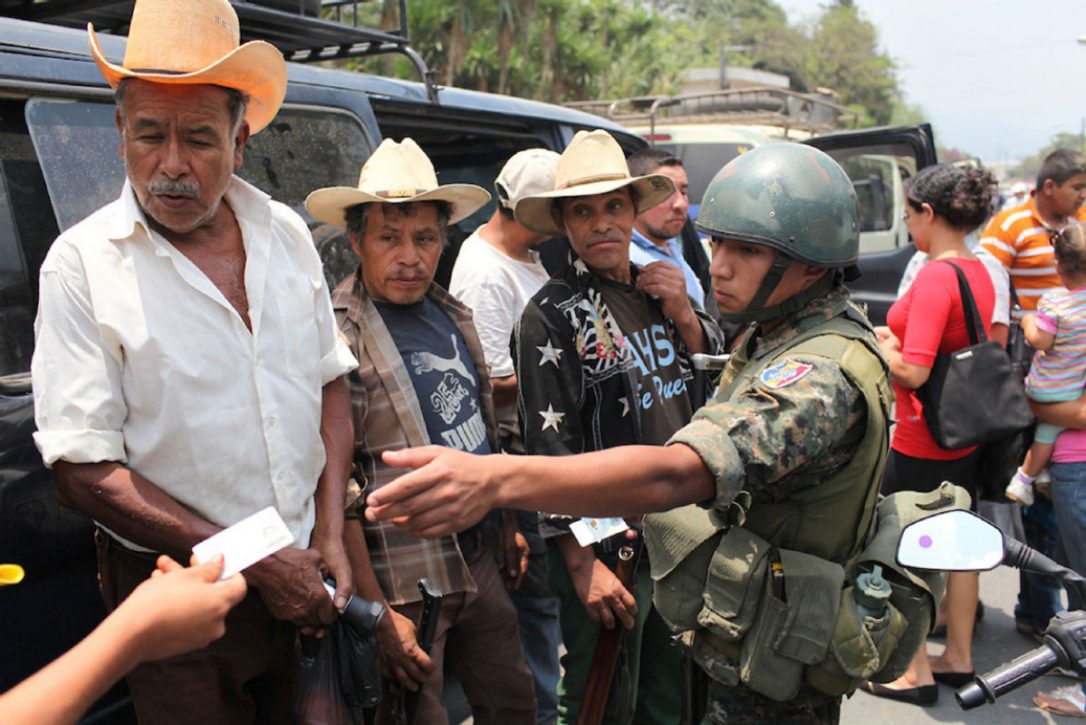 Vancouver-based Tahoe Resources filed a lawsuit to prevent a village from voting on their mine — which the people rejected by 98 per cent.

A Toronto legal aid group is calling on the American securities regulator to investigate a Canadian mining company for failing to disclose a secret lawsuit aimed at preventing a referendum on its silver mine.

Even though the 2011 suit was rejected by the Constitutional Court of Guatemala — permitting a vote that overwhelmingly rejected the mine — local human rights groups say the mine’s parent company, Vancouver-based Tahoe Resources, failed in its legal obligation to disclose the lawsuit to investors.

“Publicly traded companies have an obligation under securities legislation to disclose truthfully on matters that may affect their operations. Here we have a case where they are hiding significant opposition,” said Shin Imai, a York University law professor who prepared the report on behalf of two Guatemalan rights groups.

Since Tahoe’s stock trades in both Toronto and New York, Imai, who sits on the board of York’s Justice and Corporate Accountability Project, chose to file the complaint at the U.S. Securities and Exchange Commission because he said it has more rigorous standards. Imai hopes the report will draw investors’ attention to Tahoe’s practices, and may lead some to follow the Norwegian Government Pension Fund’s decision to divest from the stock.

The report alleges the lawsuit was one of four filed at Guatemala’s highest court by Tahoe and its supporters and calls into question the company’s commitment to securing local indigenous support for the mine — a standard that is becoming the norm at resource development projects on indigenous territory in Canada and abroad.

Tahoe Vice President Edie Hofmeister says the company stands by its record of disclosing litigation and contests the legitimacy of the referendums, which she says do not reflect the true will of the communities.

“The plebiscites … that some of the communities were holding were in direct violation of the law,” she said, pointing to what she called undue influence from outside organizations and non-residents, slanted ballot questions and ineligible voters.

“Some years ago, there were (lawsuits) by some of the chambers of industry in Guatemala that we joined because of those unfairness issues,” Hofmeister said.

More than 27,000 people voted against the mine in four municipalities, according to results seen by the Star. In separate votes held between 2011 and 2015, they rejected the “mine” by over 98 per cent, a result which is nevertheless non-binding.

Hofmeister says these lopsided totals call into question the soundness of the polls.

“These are the people most directly affected by the mine and their decision isn’t being respected,” said Becky Kaump, who works with the Network in Solidarity with the People of Guatemala, one of the groups that submitted the report to the SEC.

Should the SEC find Tahoe didn’t meet its disclosure requirements, it could fine individual corporate officers found to be personally liable.

Cases like Tahoe’s mine project illustrate the tension between Canadian mining companies’ desire to expand, in Canada and abroad, and the right of local indigenous people to grant or withhold their “free, prior and informed consent.”

The term, enshrined in the UN Declaration on the Rights of Indigenous Peoples, has been adopted into policy statements ranging from the International Labour Organization’s Convention on Indigenous Peoples to the private sector’s Equator Principles to individual companies’ Corporate Social Responsibility policies. It remains unclear, however, exactly what companies must do to obtain consent for their projects, and what locals can do to reject them.

“It comes down to this: who gets to determine what is a legitimate community consultation? Is it the communities? The municipalities? The courts? Or these companies that have obvious vested interests that their projects go forward?” said Lisa Rankin a co-coordinator of Breaking the Silence, a solidarity group that has been working in the area around Tahoe’s mine since 2011.

Located an hour and a half outside of Guatemala City, Tahoe’s Escobal mine isn’t located on indigenous land and the local municipality didn’t hold a referendum. However, the Xinca people who voted to reject the mine live just a few kilometres away and stand in the path of the mine’s expansion.

The mine faced opposition years before it began operating in 2014. At protests in April 2013, private security guards fired rubber bullets into the crowd, injuring at least six people, according to the United Nations High Commissioner for Human Rights. The mine’s director of security has been criminally charged for allegedly ordering his guards to open fire.

Shortly afterward, then-President of Guatemala, Otto Perez Molina, declared a state of emergency and deployed 8,500 police officers to the area around the mine. Twenty six protesters were arrested for “unlawful assembly,” but the charges were later dropped due to lack of evidence.

The violence at Escobal mine was singled out by Amnesty International as an example of how foreign companies need to do more to ensure respect for Human Rights.

“The use of force by Minera San Rafael private security providers using rubber bullets against protesters in April 2013 was inconsistent with these principles,” the organization stated in a report on mining in Guatemala.

Before the violence broke out, opposition to the mine was peaceful and organized. Five local municipalities held plebiscites — a right enshrined in Guatemalan law — and a majority of voters rejected the mine. While international observers focused on the protests, Imai discovered four lawsuits filed with the Constitutional Court of Guatemala between 2011 and 2015, seeking to invalidate the results.

One of the lawsuits was filed by Tahoe’s subsidiary, Minera San Rafael, two by the Guatemalan Chamber of Commerce and one by lawyers who support the mining industry, Imai said.

“Tahoe is supposed to disclose litigation that they themselves bring as well as any (other lawsuits) that affect their property or operations,” he said.

All four suits were dismissed by Guatemala’s highest court, which ruled in one case that “it is clear that plebiscites are important mechanisms for guaranteeing fundamental rights and a clear expression of democracy,” according to a translation included in the report.

Tahoe VP Hofmeister says opposition to the mine has subsided.

“Since we went into production, the civil unrest there has completely died down. We have not lost one day due to blockage,” she said.

The Norwegian Government Pension Fund — one of the world’s largest — decided in January 2015 to divest from Tahoe, after an investigation into allegations of human rights abuses.

“There is an unacceptable risk of Tahoe Resources contributing to serious human rights violations,” according to the results of an investigation carried out by the Norwegian Council on Ethics.